On small snippet of the Mayor's State of the City speech jumped out at me.

Downtown office occupancies are the highest they've been since the 70s oil and gas boom.

That is by almost any measure a Damn Lie. It is also a statistic. I work with downtown office space every day. To say that occupancy is higher that the 70's oil boom is at best selective and deceptive, if not downright dishonest.

For a brief time occupancy rates were high in the 70's, and remained fairly high throughout the 80's as more space was constructed. By the mid 80's the new construction had caught up with demand and the oil business was beginning to slow.

During the late 70's and early 80's a number of large new office buildings were built mostly along Poydras street. These include;

With the exception of Pan American Life and Entergy* every named tenant on those buildings has left the city and no similar tenant has replaced them. Pan America has sold their building and is giving up space.

Office space is about at the same level it was in the early 70s with many old office buildings either closed (225 Baronne, New Orleans Centre, the Saratoga Building and the Original Pan American Building) or converted to hotel or residential use. I doubt true occupancy rates are as high as they were then.

The list of high rise buildings either already converted or under conversion includes;
The last major office buildings constructed in the CBD (The LLE Tower and CNG Tower) were built almost twenty years ago. The amount of office space has actually been shrinking since then. It will continue to shrink for some time yet.

To think the downtown office market is healthy is nothing short of delusional.

I Fought the Death Star and Survived. 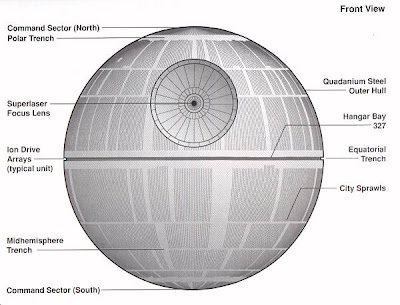 Not that one, I'm no Luke Skywalker. This one. 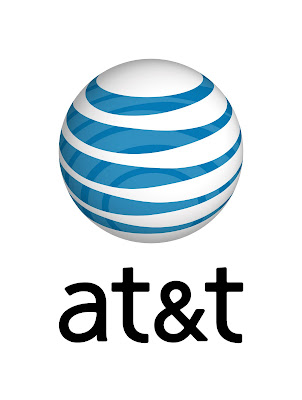 We have been long time customers of ATT Mobility, and Cingular before that and BellSouth Mobility before that all the way back to $1200, 15 pound under the seat analog car phones. I always had a positive impression of their customer service, until now.

For the last few months I've been looking to upgrade my cell phone. It is a very old one but it worked and I don't use it that much anyway. 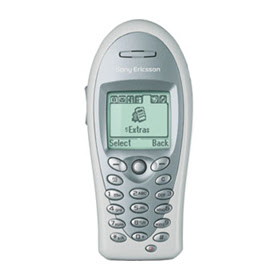 In fact we have over 4,000 rollover minutes. Recently my phone has started shutting down in mid call, not dropping the call completely shutting down. My search became more urgent.

In an effort to make my life simple I made getting a new phone complicated. You see the two of us divide our time between three cars and three residences and a significant amount of out of town travel. She has a tendency to forget to charge her phone leaving her out of communication while she is on the road or traveling.

All of this leads to problems selecting a new phone. I tried a lavender Razr on her. 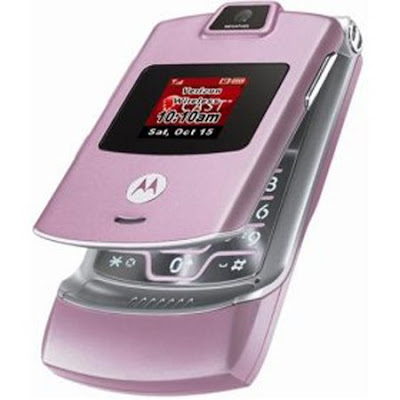 It came in lots of colors. It was too cute. It was expensive and all of Her friends had Razrs.
NO SALE. 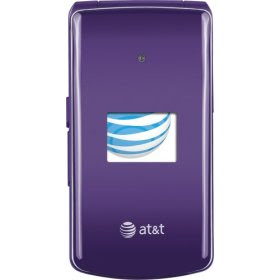 It was different, professional, cheap and I could get a black on . Problem solved.

If only it was that easy. I went online to order the upgrades, just like I did last time around.

OK. Maybe I'll get some better pricing. I went there but couldn't get my account login to work. It seems I needed a special master agreement to use the ATT business wireless site.

NO LUCK. I had to agree to all sorts of draconian rules to get to see if I was going to get a discount. I read the fine print, bills were my personal responsibility and I didn't get discounts unless I had 5 phones. I only have two and a wireless Internet thing.

I decided to spend Saturday going to an ATT store in the burbs.

NO LUCK. The kid in the store wouldn't sell the phone without a data contract I didn't need didn't want nor that he could explain. He also insisted on telling me the phone didn't come in black. But as I was leaving he did mention it came in charcoal. At least she actually got to see the plum phone in person. It is darker and cooler than the pictures.

I decided I'd just call. Surely we could find a person at the 8o0 number who knew how to accomplish the simple task of signing up two long time customers for two more years.

NO LUCK. We were back to signing some kind of agreement and going through the website I had been through and decided wasn't worth the effort.

I was ready to go to almost any other carrier, dump all of my rollover minutes and potential for future bundles since I have phone and Internet service through ATT. I called several other carriers and found out they were as stupid as ATT.

Finally I remembered that my fairly recent purchase of an Sierra Wireless Aircard for the ATT wireless network was reasonably painless. I decided to risk going back to the their downtown ATT wireless store in Place St. Charles. 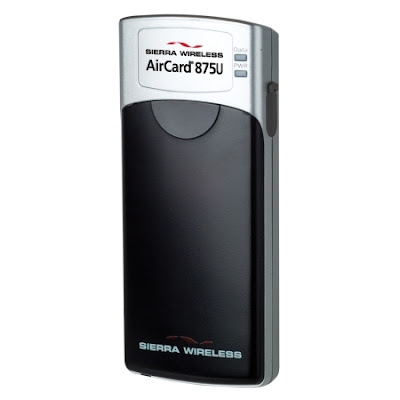 I walked in and a much too cheerful young woman asked if she could help. I said - "Probably not, I'm willing to bet you can't do what I want to do." She said she could so I told her, "All I want to do is upgrade two off contract phones to LG CU515's. One black and one plum." She said "I can do that". I said, "We'll see".

It took an hour, two coworkers and a couple of trips to the back but I walked out of there with two new phones, properly configured and working. 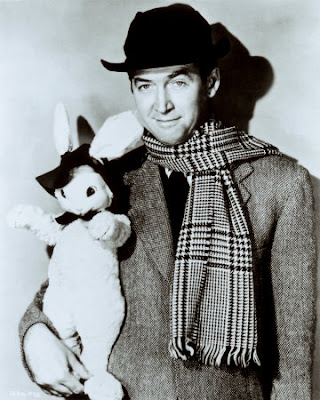 It's the 100th anniversary of his birth. He's always been my favorite movie star. He always seemed to represent the best things about America, whether playing Mr. Smith or Tom Destry or Elwood P Dowd. or Paul Beigler or Charles Lindbergh.

You Can Observe a Lot by Just Looking

I run a pretty slip-shod operation here. I don't keep track of many things.

I was astonished to learn that this is my most popular post, by almost four to one over the front page. I wonder how that could happen.

It's not a post I particularly favor or even think was very good.

Today we had my mother-in-law and brother-in-law over for a late barbecue. The filets wrapped in bacon were great. She selected the meat and did the grilling.

I was reduced to preparing the salad, steaming the broccoli, making the bernaise sauce and preparing desert.

I particularly liked the desert. We had poached pears, served with ice cream, whipped cream and shaved chocolate. It turned out very well. It's also fairly easy as deserts go.

I saw my own mother last week. We visited her in her new apartment. She had recently relocated from rural East Texas to Dallas.

I want to live in her apartment. For a substantial rent she gets two meals a day. Lunch and dinner are served with a menu, white table cloths, and service on a par with many restaurants. She also has a reserved space for her car and "free" transportation anywhere within five miles. There is a major mall with a Nordstrum's directly across the street. Love Field is less that 20 minutes away. I could do that.

My mother spent the weekend with my sister, my sister's adopted daughter and her children in their new house . Everyone seems to have had a great time.