The Saints are 13 and 2, have the best record in the NFC, have won the division and a first round bye but had get help to win home field advantage in the playoffs.

Some fans are upset that they lost two games. I don't know anyone who thought the Saints would win 13 games before the season started.

Of course if you listened to Fox announcers Sunday, you'd have thought the only reason Tampa didn't blow the Saints out was Tampa's mistakes, or that the Saints were the 2-12 team. I had much the same feeling last night. The announcers relentlessly criticized Jay Cutler and practically canonized Bret Favre. Funny thing is Cutler had a better QB rating and won the game he also didn't argue with his coach, although according to the "experts" Bret was right and the coach wrong. Favre seems to be reading his press clippings a little too much.

All this reminds me of the final scene from one of my favorite movies, My Cousin Vinny. 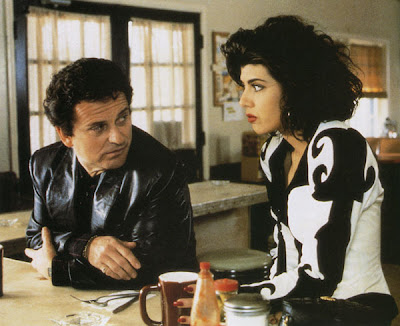 On WWL this morning some guy was hoping we didn't have to play the Colt's in the Super Bowl. I think we have a few other things to do first.

For example, Jeffrey over at the Yellow Blog has long noted the correlation between the Saints wearing black pants and poor on field performance. I suggest we have a public pants burning in Mid-City on New Years Eve. It might work as well as the trophy funeral they had a couple of years ago.

I suggest bringing back the Black Helmets. 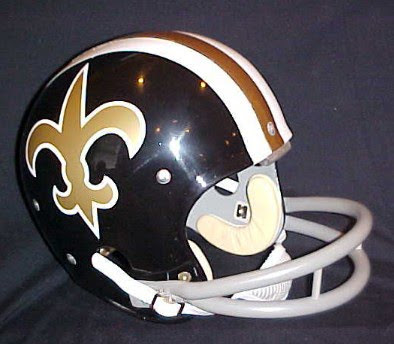 I think I'm just going to enjoy the playoffs.

I wonder when my tickets will arrive.

Life is a Bowl of Sugar

Sugar Bowl Ticket Sales are sagging They were advertising on the big screen on the side of the Arena yesterday.

"We have about 5,000 to go (to sell out)," said Mark Gajda, UF's assistant athletic director of ticket operations.

Other BCS Bowl games were also having trouble.

Orange Bowl still had Tickets available at its website.

The Rose Bowl has sold out.

There may be several reasons for this slump, first is the national economy but there are I believe other reasons. One is certainly the rise of ticket exchanges which make it possible for fans purchase legitimate tickets from other fans easily. Just a few years ago buying a ticket required that you "know somebody" or take a risk with a scalper of dubious antecedents. Another is moving the games out of the Holiday season making it more difficult for fans to travel. Finally game match ups are made according to political criteria. Does anyone except the alumni really believe that either TCU or Boise State are in the same league with Texas and Alabama? Would anyone in their right mind have invited Utah to New Orleans for a party?

In recent years the Sugar Bowl has suffered from the BCS arrangement that moved the game from its original New Years Day date and has also taken the SEC Champion out of the Sugar Bowl every year there has been a separate BSC Championship game. That is four years in a row, good for the SEC bad for the Sugar Bowl.

The Sugar Bowl game is in great shape due to the TV money. But I don't think the game is doing all it can to promote tourism in New Orleans, one of the original purposes of college bowl games.

Long time readers of my mutterings (thanks to both of you) might remember that each year we take a short vacation to south Florida and go to the Orange Bowl. We get our tickets through the Orange Bowl committee and we can renew them every year as long as we want to. We plan this trip well in advance and spent a good bit of money in the Miami / Fort Lauderdale Area.

I enjoy the spectacle and the enthusiasm of the fans. We meet people having a good time and since we know when the game is we can plan way ahead and not be rushed into making snap decisions. We know we will have good seats because we have the same seats every year.

The Fiesta Bowl has a similar policy. I don't know what the Rose Bowl does. On the other hand the Sugar Bowl goes out of its way to make it difficult. I have received several emails inviting me to buy tickets, but apparently purchasing tickets does not give you any assurance that you will be able to buy tickets next year. The website seems designed to randomly hand out the worst seats available.

I'd like to suggest that since they are hosting the 2012 BCS Championship and since it has been past practice to require that people purchase Bowl Tickets to get BCS tickets that in the 2011 season the Sugar bowl initiate a 2 year package that includes a 2011 Sugar Bowl Tickets, 2012 Sugar Bowl and 2012 BCS Championship Tickets. Further that the Sugar Bowl initiate a series of public events in connection with these games including some kind of pregame party possibly a concert/fan party at Woldenberg Park and some kind of premium parking pass available to people attending the game. These packages would carry with them renewal and upgrade privileges, provided the tickets are renewed in July or something like that.

A lot of this is what the Orange Bowl does. They have what they call "Fan Fest" the day before in apark in Miami and a "Tailgate" party in the parking lot the day of the game. They attract corporate sponsors to underwrite the events and I think this allows them to keep demand and ticket prices up. A good idea is worth stealing.

If there were a consistent group well heeled of college football fans coming to New Orleans for the game and a vacation spending money in hotels and restaurants whether their team was in the game or not it would help the local economy. I imagine any number of Alabama, Georgia Auburn or Arkansas fans would purchase tickets on the chance that their team might make the game.
Posted by mominem at 12/23/2009 08:31:00 AM No comments:

If I Had a Hammer

The old Pete Seeger song about changing society is one of his best known songs. It is about breaking with the past for freedom and justice. 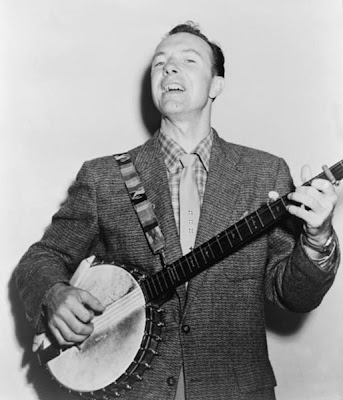 New Orleans needs a BFH to break with the past. The entrenched interests have long held the citizens hostage, stealing the future from them with false promises of opportunity and prosperity, illusions of participation while jealously guarding their own position. Anyone who speaks out, if there is any possibility of someone listening, is viciously attacked and attention diverted. 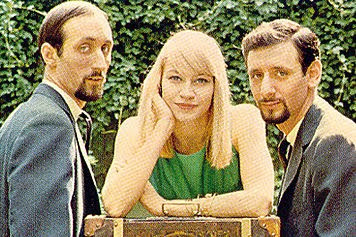 On the Other hand Maslow's Law of the instrument, says "If the only tool you have is a hammer, you tend to see every problem as a nail." Every campaign seems to be under the impression if we simply do more of what we've already done perhaps it will get better.

Ed Murry wants to establish an Office of Education in the Mayor's office, as a solution to the Balkanized Education system in the city. That interesting because the mayor has no direct involvement in Public Education.

A Group of Social Advocacy group wants to establish an Office of Formerly Incarcerated Affairs in Mayor's Office. I imagine that they should be given additional contracts to work the the formerly incarcerated.

Every single candidate wants to conduct a national search for a new Police Chief, since that seems to have worked out fairly well once upon a time.

We got more candidates talking about transparency that 3M has Scotch Tape.

We're going to have to pick one of these guys to be our Mayor. So far I'm not impressed, although Manny Chevrolet and a couple of the other "minor candidates" are amusing. Maybe they have a chance.

"The nail that stands out will be hammered down." is a Japanese proverb ardently adhered to by our "elites" aka "The Usual Suspects". No one seems willing to be radical to offer truly new insights. I have long wondered at the remarkable timidity of our "reformers". They seem almost completely unwilling to really call anyone out. Perhaps it rooted in our colonial history or our culture that values relationships. Perhaps we are so ingrown and so insular that no one can think of anything truly new.
Posted by mominem at 12/21/2009 08:54:00 AM 1 comment:

As part of my research into the candidates who qualified for the upcoming election I decided to try to see what I could find out on the Internet. I copied the list of qualified candidate form the Louisana Secretary of State's Web Site and Googled each name. I was surprised at the number of candidates whose sites I couldn't find. I was also surprised by the lack of information on some of them. I may go into that later. James Perry has been accused of running an internet campaign, but some of thes candidates seem stuck in the nineteenth century.

There may be a number of reason for that including;
It's highly probable that I missed a bunch of them, my search wasn't that extensive. If anyone is aware of any I did miss please let me know.